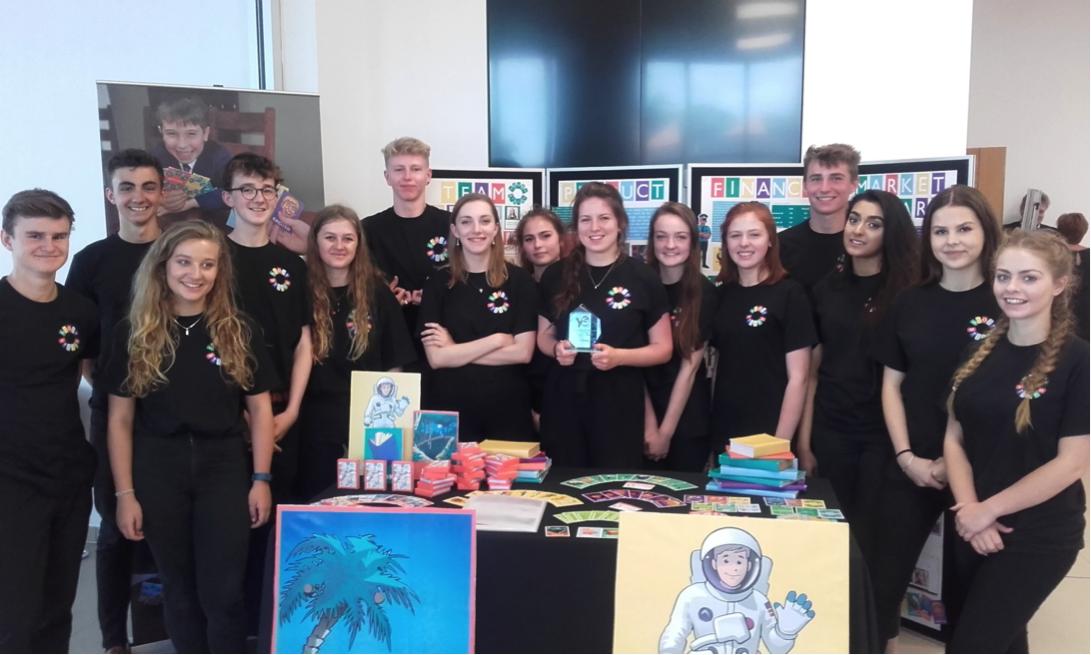 Young Enterprise at Balcarras is taken very seriously and we have had a great deal of success over recent years. This extra-curricular activity allows students to form a business and manage this business throughout the year. They will then compete against 3,000 other teams across the UK based on their experiences throughout the year.

Balcarras have just been crowned  Gloucestershire Champions for the third year running and we have won the award on six occasions since 2008. This makes us the most successful school in the South West region over this period of time. Our most successful year was in 2012 when we went on to be UK Champions and our team travelled to Bucharest, Romania to compete against 34 other teams in the European Finals. We came 3rd in Europe which was an outstanding performance.