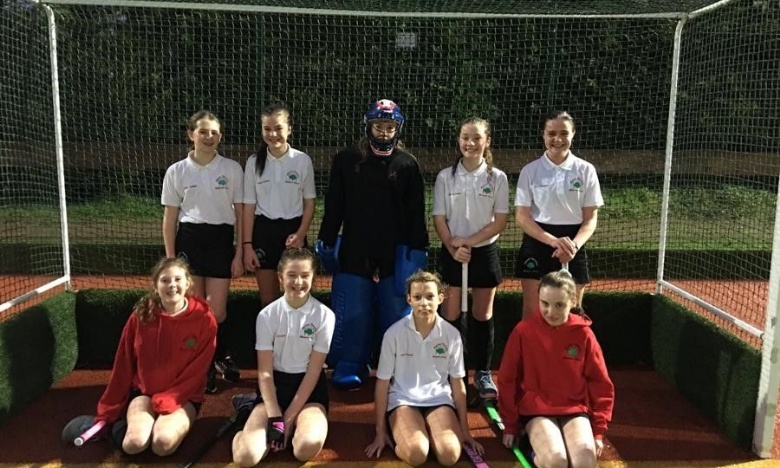 Year 7 have come up trumps as hockey chamions

Congratulations to the Year 7 hockey A team winning our annual hockey tournament. They beat Pates in the final to win the competition! We entered two teams into the tournament and it was the first time the B team went through to the semi-finals beating Chosen Hill and Pitville then drawing with Pates. This meant Balcarras A and B team went through to the semi-finals to play each other. Both teams played extremely well but the A team went onto play Pates in the final where they won! Congratulations to all the girls who played.