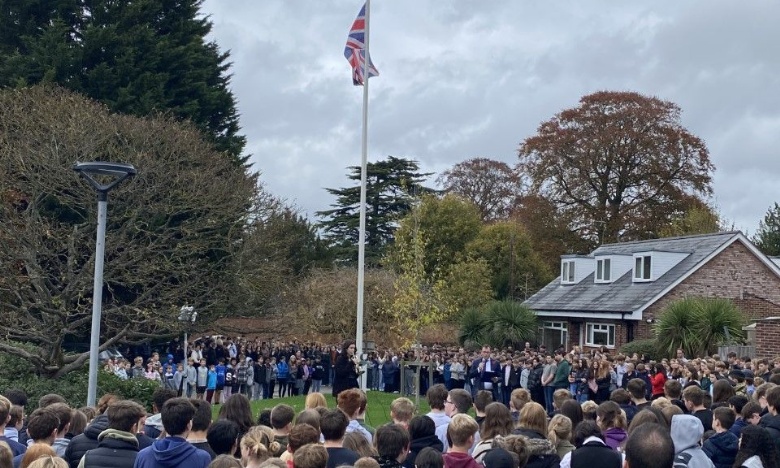 Today the Balcarras community gathered around the flagpole to observe a minute’s silence to remember those people who lost their lives in war. Mr Burke gave a short speech before Katie Lerescu (Year 13) played the Last Post and then the school paused in silence. The silence was broken by the Reveille. A copy of Mr Burke’s speech is below.

At more or less this precise moment 104 years ago the guns fell silent on the Western Front and the Great War of 1914 to 1918 came to an end. Every year since Britain has paused to remember those people who died in that conflict and subsequent conflicts.

War is a terrible thing and unfortunately it continues to be an unwelcome part of the human experience. There are 11 youngsters from Ukraine who have joined the Balcarras community in recent months. Their lives have been turned upside down by the tragedy of war. We hope that you feel welcome here but we understand that you must long to return to your homes and your loved ones. We hope very much that this dreadful war will soon come to an end.

For those of us who have grown up in the United Kingdom war is mainly something we study or are told about. It is difficult for us to comprehend the horror of war but it is important that we should try.

Earlier this year I travelled with 100 students to the First World War Battlefields of Northern France and Belgium. Today the countryside is quiet and peaceful but just over 100 years ago this place witnessed unbelievable carnage and suffering.

As one drives across this landscape it is staggering to view just how many war cemeteries there are. And when one visits a cemetery it is difficult to really appreciate that each grave contains the body of an individual who had hopes and dreams just like we do.

On the second day we visited the Devonshire Cemetery located near Mametz on the Somme. It contains the bodies of 163 men of the Devonshire Regiment who died during the first day of the Somme offensive on July 1st 1916. On this terrible day 20,000 British and Commonwealth soldiers were killed making it the worst single day in the history of the British army. The 163 Devonshires are part of that larger total.

Once the fighting had subsided, later in the day, their bodies were returned to the trench from where they had advanced and they were buried. A wooden cross was put up at the time by the survivors. The following words were carved on the cross: “The Devonshires held this trench, the Devonshires hold it still.” Today these words are inscribed on the Portland stone memorial that stands at the gateway to the cemetery. I have been before, but the poignancy of the place never fails to move me.

The war shattered the lives of these 163 men just as it shattered 20 million others. But the scale of the conflict is greater even than that. Everyone of those 20 million people had family and friends who must have forever been damaged by the loss they suffered.

Today we are invited to remember all such people. And as we do I believe that we should all resolve to live in a world where we reject violence and instead seek to settle any differences we might have by talking.

Now Katie will play the Last Post. After this there will be a moment’s silence. The silence will be broken by the Reveille which will bring this service to an end. 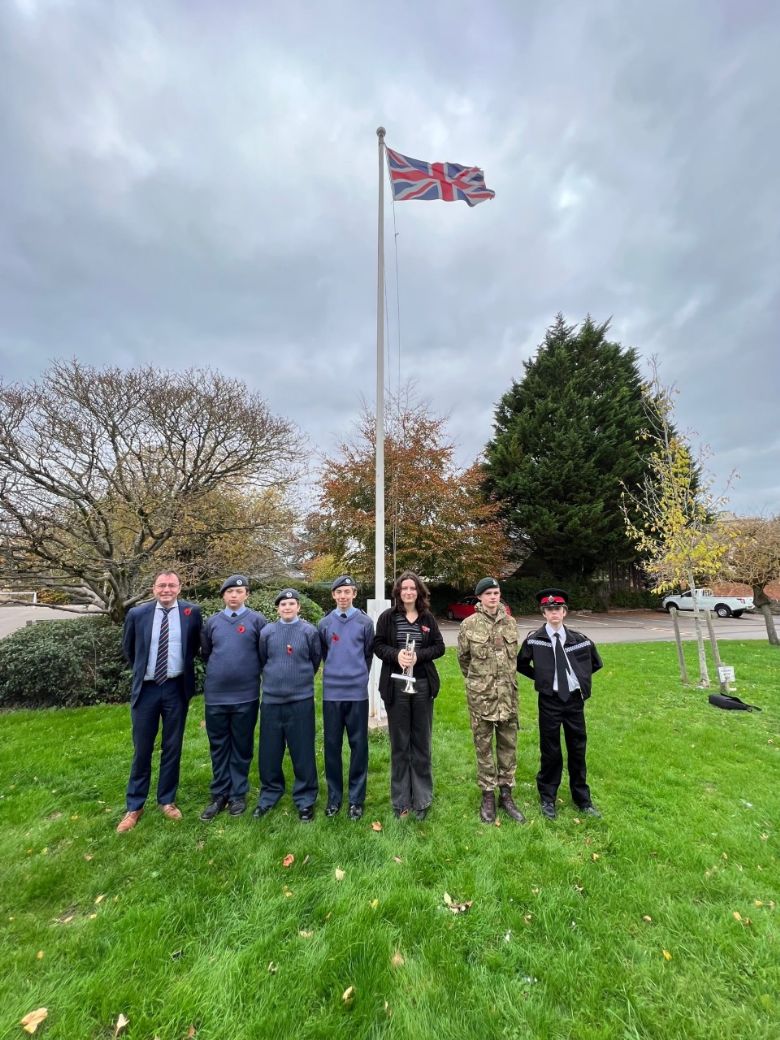 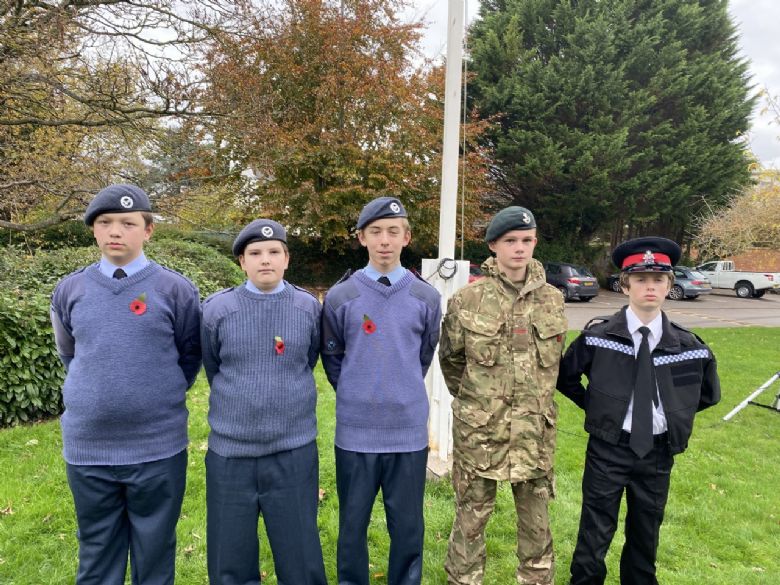