At the start of October, the year 13 environmental science students attended a 3-day residential at Margam FSC. This is a compulsory component of their A-Level studies, and it is aimed at giving the students hands-on field work experience.

Margam FSC is a custom build research facility. It is constructed from reclaimed wood and sits on stilts that have been recovered from disused oil rigs. The students arrived at Margam FSC at midday and were assigned their rooms. They just had time to off-load their bags (filled with waterproofs and snacks) and have a quick lunch before getting straight down to work!

The students started off in the classroom, learning about the surrounding woodlands (managed deciduous, unmanaged deciduous and coniferous) and the field work techniques they were going to use to measure the biodiversity of each woodland. The students then braved the wind and rain and set out to the managed woodland. There they used random sampling and quadrats to measure the biodiversity of the area. 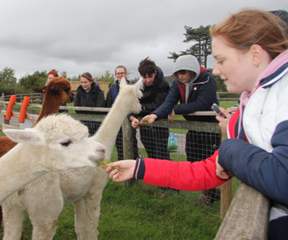 Margam FSC has an onsite farm and on the way to the woodland, the students had a great time meeting the local residents. On the last day they would also have the opportunity to feed the animals. 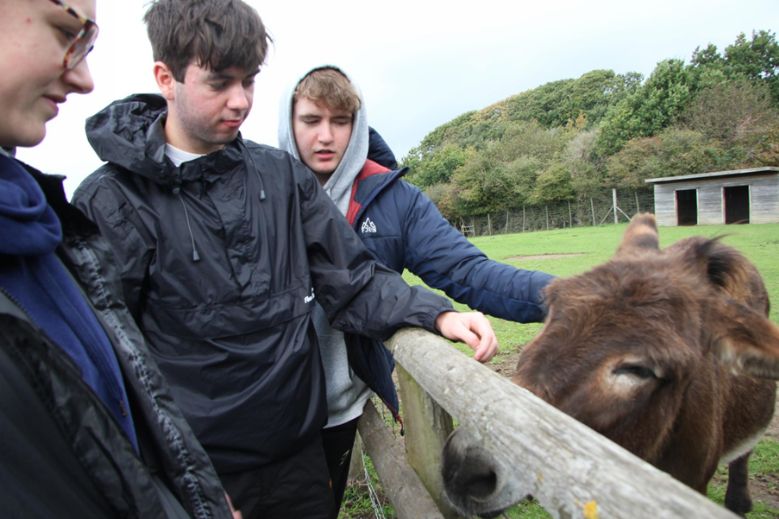 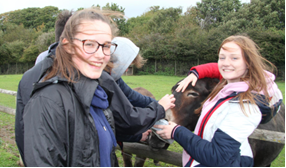 The students thoroughly enjoyed their first dinner at the centre, especially after facing the ever-changing weather in Wales. After dinner it was time for evening classes where the students carried out statistical analysis on the data they collected earlier in the day. They were surprised to find that there was no difference between the biodiversity of the managed and unmanaged woodland. 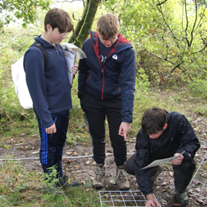 That night it was very quiet in rooms, and everyone had an early night!

The second day it was time to head to Blanket Bay to carry out a rocky shore survey. It was an early start to coincide with low tide. The students used transects and quadrats to measure the abundance of different species of algae and to measure the height and width of limpets found in different zones of the rocky shore. After the data was collected it was time for a spot of lunch before heading to Swansea University to look at sand dune destabilisation. 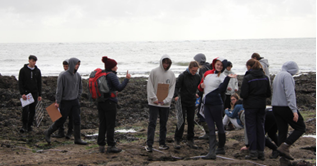 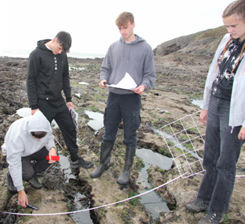 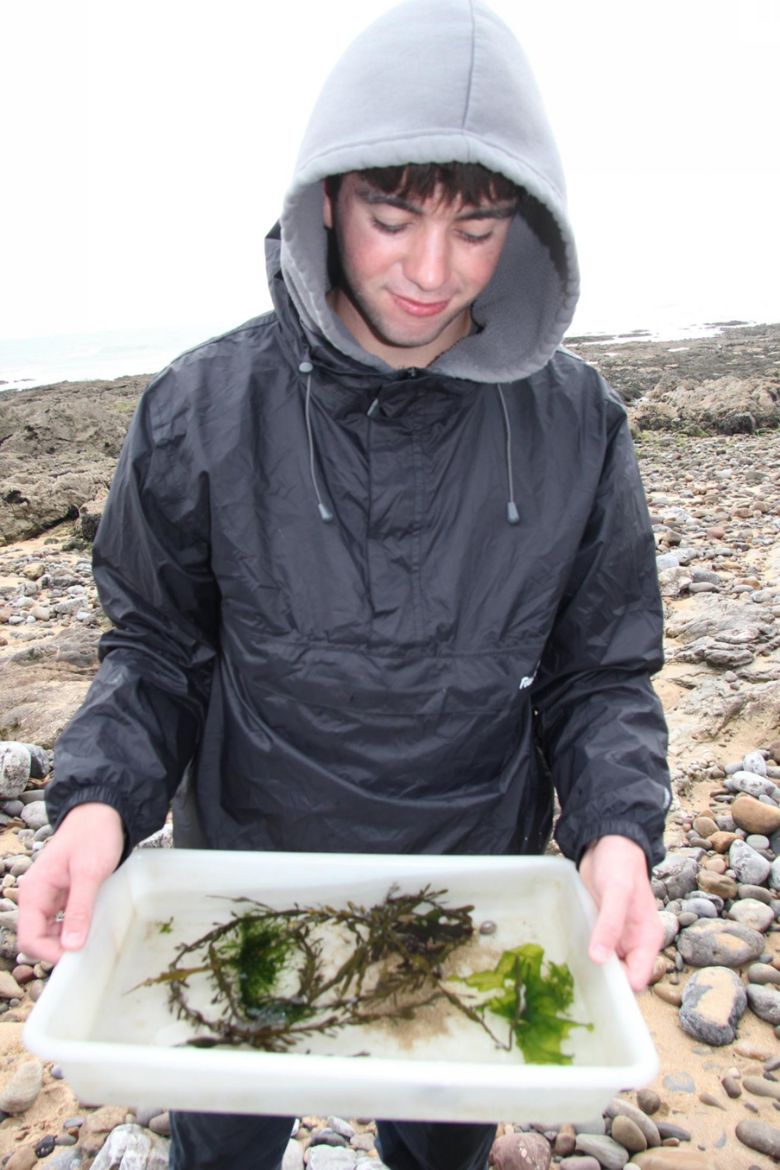 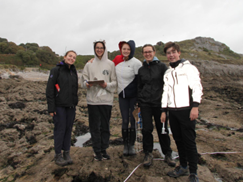 Sand dunes are dynamic environments and as a result should be drifting and changing. However, due to anthropogenic changes along the coast, the sand dunes are unable to drift and have become stable. This has caused the growth of trees and bushes, resulting in this rare ecosystem being lost. To reverse this change an initiative has been put in place to destabilise the dunes which includes the use of a digger to remove vegetation. This was a great example of environmental science knowledge being implemented in the field.

The students than returned to the FSC to have dinner and then it was classroom and more statistical analysis. The year 13s were extremely focused, hardworking and motivated whilst on the field trip and it was nice to reward them on the final night with something a bit different. Margam FSC is on the site of Margam Castle, a supposedly haunted castle. After the last evening of lessons, the students went on a ghost hunt around the grounds of the castle in the dark; there were a few screams, but a lot of laughs!

The final day the students were very tired, but they still woke up early for breakfast and were in the forest first thing to measure the carbon sequestration of two different types of trees. They returned to the classroom for some final calculations before heading home. 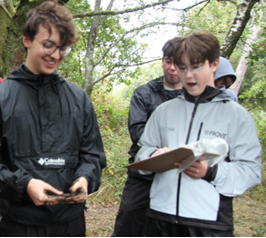 The students not only completed their compulsory field work for their A-Level but also experienced environmental science in action, bonded as a class and had some laughs along the way.