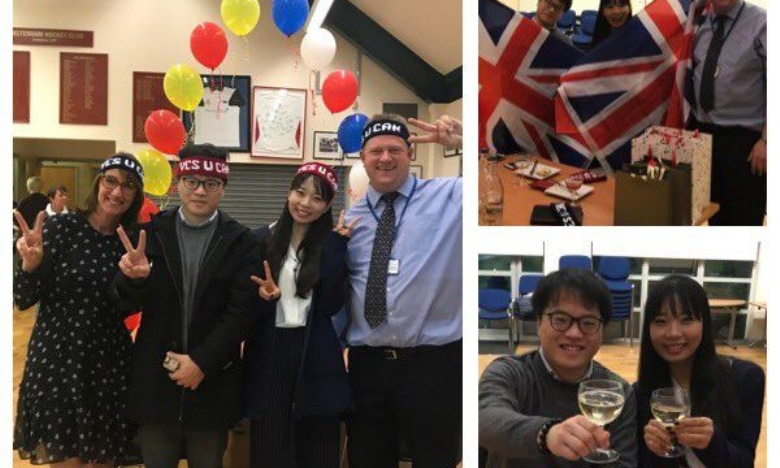 As part of the England – China Teacher Exchange programme funded by the DfE, The GLOW Maths Hub were delighted to host Chenqi Wu (Sally) and Xiaoqi Kuang (Jerry) from Shanghai at Woodmancote Primary School, Cheltenham, for two weeks between 6th and 16th November.

Caroline McCormack (Woodmancote Primary School) and Anthony Mitchell (Glenfall Primary School had visited Sally and Jerry in Shanghai earlier in the term. Having had such a stimulating and enriching experience observing and discussing maths provision in the Shanghai schools, both teachers were looking forward to engaging Sally and Jerry in the reciprocal part of the exchange through having them work in Y2 & Y4 at Woodmancote Primary School. Other professional opportunities saw Sally lead a workshop on subtraction, which demonstrated variation theory, at the Local Authority Maths Subject Leader Meeting and at Woodmancote Primary School. Jerry had the opportunity to teach a model lesson at Gloucester Road Primary School and throughout their stay they engaged in many Teacher Research Groups where colleagues from across the GLOW Maths region were able to discuss the teaching of maths.

The culmination of the two weeks work was Shanghai Live hosted at Balcarras School. Sally and Jerry delivered two lessons each to the gathered masses. 160 teachers/Headteachers from Glos, Worcs, Oxfordshire, Somerset and beyond were in attendance to watch the lessons being taught to children from Woodmancote Primary School; who had been bused in for the lessons. It was a unique CPD opportunity for the teachers in attendance to see a lesson in real time and to then ask questions directly to the teachers. The following quotes from feedback summarise the feel of the exchange and indeed the Shangahi Live Experience

In summary, a successful exchange visit which allowed colleagues from across the region to engage in some detailed and transformational discussions; which will allow maths provision to be revised to ensure pupils have a deep and secure mathematical understanding of the maths curriculum giving them mathematical tools for life.

Click here to see more pictures of the event