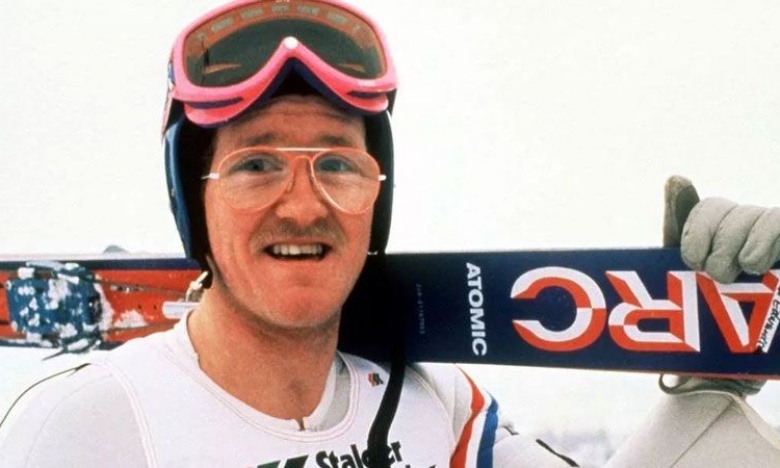 Eddie the Eagle Edwards flew in to inspire pupils

The World famous downhill ski jumper Eddie 'The Eagle' Edwards visited Balcarras school to share his story with pupils.  His message was inspirational, and quite simply was "To follow your dreams".  Eddie is from Cheltenham and he explained how "He was a normal bloke, just like everyone sitting here" who went on a school ski trip and then found his passion; skiing.  He first practised at Gloucester dry ski slope, where he still ski's today.

After being rejected by the British Alpine ski team he decided to give ski jumping a go, with some borrowed equipment and lots of tenacity (or stubborness as his mum calls it), he soon built up his experience of ski jumping.  To further develop his skills he moved to Switzerland and did everything he could to train and build up his skills.  This was extrodinary as he had no backing of any sort, or support from British Olympic teams.  He beat the British record for ski jumping and managed to get a liscence to represent Great Britain at the  1988 Winter Olympics.  Despite finishing 58th he captured the imagination of the worlds press, for his determination, good humour and for representing the 'true olympic spirit'.

"It is great to meet one of my childhood heroes, and Eddie the Eagle lived up to my expectations, he was inspirational, funny and had a great message for our pupils to hear"  said Headmaster Dominic Burke.

A film was made in 2016 of Eddie's life, which he says is 80% true.  Thanks to the staff for orgainising this speaker and to Eddie for giving up his time.