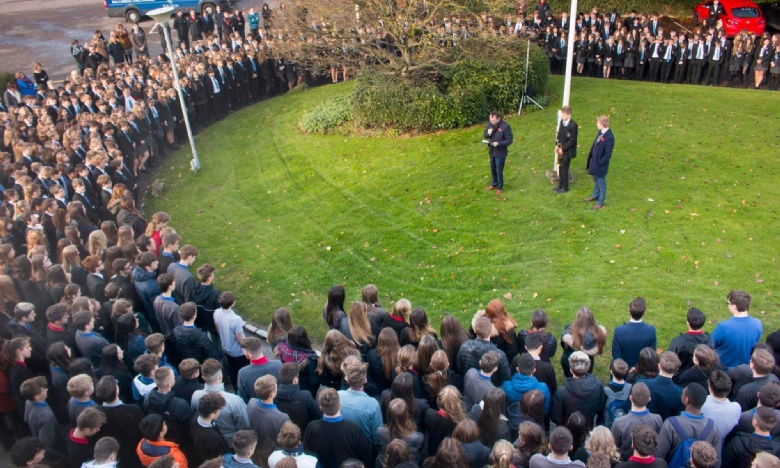 On Monday 11th November we organised our annual remembrance ceremony around the flagpole. Students from Year 8 to Year 13 attended, whilst Year 7s had their own remembrance activity led by the Year 7 tutors.

At the ceremony Mr Burke said a few words before Matthew Chestney (Year 9) played the Last Post which began a two minutes silence. A copy of Mr Burke’s speech is below.

Exactly 100 years ago November 11th 1919, at this precise moment King George V stood in the grounds of Buckingham Palace and observed a two minutes silence in honour of those people who had lost their lives in the Great War which had ended one year earlier on 11th November 1918. Four days earlier King George V announced that a two minute silence would be observed, and thus began Remembrance Day as we know it today: "All locomotion should cease, so that, in perfect stillness, the thoughts of everyone may be concentrated on reverent remembrance of the glorious dead." During the two minute silence everyday life stood still for the first time, in what The Times described as “a great awful silence”.

Every year since a similar silence has been observed at war memorials, government buildings, and public places such as schools. We do it in act of remembrance for those people who lost their lives or those whose lives were devastated by war. People like Private J T James, who was killed in action July 21st, 1916.  His family placed the following message in the Gloucestershire Echo:

My Dad’s brother, my uncle, Trooper Austin Burke died in Normandy on the 8th August 1944. On his grave his parents had the following inscribed:

Sacred Heart of Jesus have mercy on him; Our Lady of Sorrows pray for him. “A.J.”

Although they were obviously devastated by their loss they never visited his grave which is at the Commonwealth War Cemetery at Ranville near Caen. They were utterly devastated by what had happened and although I never met my Grandmother I am told that she was never able to come to terms with her loss.

Loss is something that will affect all of us in our lives, indeed many of you will already have been affected by losing someone close to you. Today we remember those who lost their lives in war or those who have had to cope with the unnatural loss that war imposes.

In the silence do think of those past sacrifices but also feel free to remember anyone that you have lost in your private thoughts. 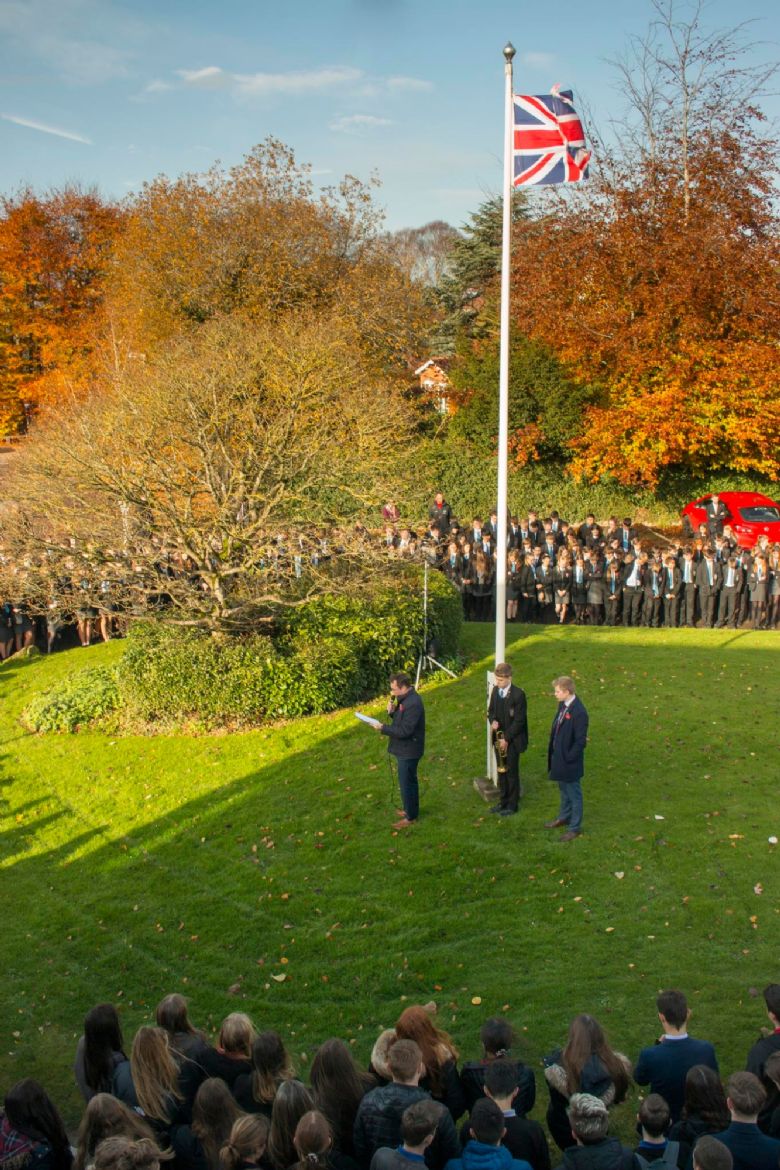