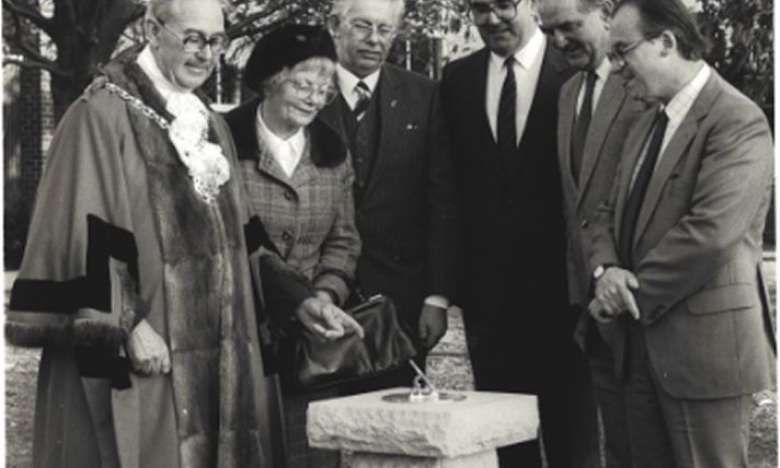 Today I learned of the sad news that Gordon Ottewell has passed away at the age of 88. Gordon was one of the original four patrons of Balcarras when the school was officially established on 12th November 1986.

The photo above shows Gordon on the right alongside Tom Graveney, Peter Selvey and Winifred Foley, who as patrons all had houses named after them. Making up the rest of the photo is Nigel Cooke, in the centre, who was the first head of this school and Councillor Don Perry on the left who was the Mayor of Cheltenham.

Gordon was a well known writer and educationalist and was a former headteacher of Glenfall School. He was a regular visitor to Balcarras particularly in the early years.

Gordon was the last surviving patron of the school and we mourn his passing. Very many of the longer established teachers and those who have retired remember him fondly and as a school we pass on our very sincere condolences to his family.