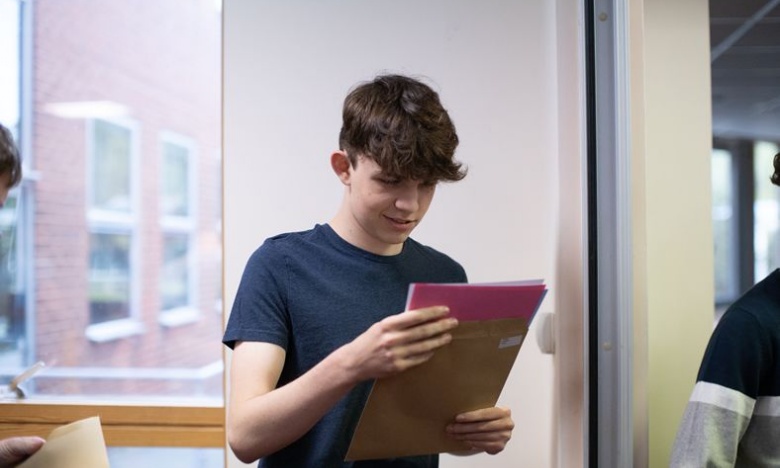 The GCSE results of our Year 11 in 2019 were truly exceptional both in terms of the grades achieved and the progress made.

42% of all the grades awarded were 7+ and while we are still waiting for our official Progress 8 score the early indications are that it will be very high.

Based on 2018 benchmarks 87 pupils have a progress 8 score greater than 1. This means in each of the 8 subjects counted in the measure they achieved at least 1 grade higher than the national average for pupils of similar ability.

We would like to introduce you to a few of our GCSE high flyers.

James achieved 9 grade 9s, a grade 8 and an A*. He is now in Year 12 at Balcarras studying A Levels in French, Russian, English, history and philosophy and ethics. He hopes to study languages at university and have a career in international relations.

Gemma gained 6 grade 9s, 2 grade 8s, a grade 7 and 2 A*s. She hopes her A Levels including maths, biology and English will lead to a career in teaching.

Her twin brother Alex would like to study design engineering. He gained 7 grade 9s, a grade 8 and a grade 7. His A Levels here at Balcarras include product design, physics and geography.

Charlotte achieved a progress 8 score of +3.00 (based on 2018 benchmarks), 3 grades higher in each subject than the average pupil with the same KS2 assessment results. She is continuing her studies here at Balcarras with A Levels that include art and psychology.

Meg is interested in a career in biomedical engineering. She achieved 8 grade 9s, a grade 7 and a grade 6. She is looking forward to the challenge of studying maths, physics, chemistry and biology as a member of the Balcarras sixth form.

Alfie’s A Levels here at Balcarras include chemistry and history. He hopes to study law at university and his 7 grade 9s, 2 grade 8s and 2A*s mean he is already on the right track.

Keane would like to study neuroscience at university. His outstanding progress 8 score of +3.35 (based on 2018 benchmarks) has allowed him to embark on a challenging set of A Levels including maths, chemistry and psychology.

Rachel’s progress 8 score (based on 2018 benchmarks) was an amazing +2.75. She would like a career in health care and is studying A Levels in Russian, biology, psychology and maths.

Ben is not yet sure if he wants to study film or engineering at university. He gained 6 grade 9s, a grade 8, a grade 7, an A* and an A. His progress was also fantastic with a score of +2.77 (based on 2018 benchmarks). He is now in the sixth form here at Balcarras taking A Levels that include drama and maths.