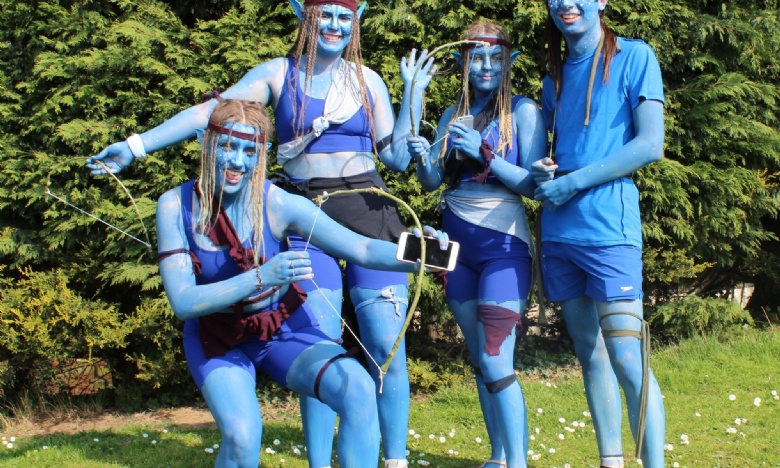 Friday 29th March witnessed another vintage Sixth Form Dress Up Day.  The annual event once again saw some absolutely fabulous outfits as the students' imaginations and creativity was evident for all.  Individual highlights included Toby Holtom's 'World Cup', Oliver Powell's 'Swamp Thing', Ellie Lea's 'Thomas the Tank Engine', Daniel Gardner's 'Edward Scissorhands' Felix McCartney and Oli Heaton-Jones as Freddie Mercury and Ziggy Stardust, and Ben Partidge's 'Big Ben'.  There were a record number of groups on show too, with the stars including the Cheerleaders, the Avatars, the Cheeseburger, Charlie and the Chocolate Factory, the Corona 6-pack, the Dolmio family, Titanic (and the iceberg, naturally), the 'I'm  a Celebrity' contestants, and the Salisbury ensemble.  A lot of fun was had by all, and a tidy sum raised for charity through the Sixth Former's donations.