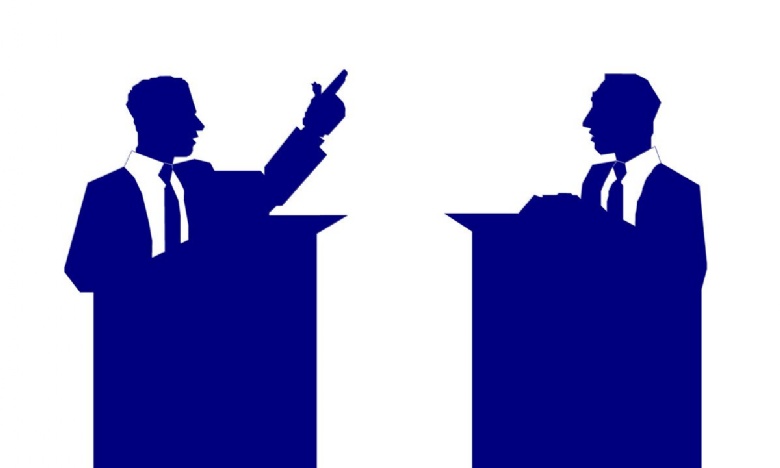 The quality of the debating has been of very high quality throughout the season, and we were not disappointed in the incredibly competitive final, where the final motion "This house believes that elitism in British society is less prevalent now than at any time in the last 100 years" was expertly debated! Owen Brown and Charlie Oliver of 13K emerged victorious in a highly tense battle! The runners up, Maddie Shorthouse and Dan Kalms of 12J performed admirably, and pushed their opponents all the way. All the students involved, including those who participated in some high quality debates in the earlier rounds of the competition should be proud of their achievements.  It was a great, and a fitting climax to a classic season of debates.  Congratulations must also go to Ben Partridge for being the first recipient of our new accolade for being this year's best questioner during the floor debates.

My thanks to all of the staff who have supported the debating season as chairs or adjudicators, to the tutors for helping their teams prepare, and especially to Elen and Mark who have done a great job of helping to coordinating the debates throughout the season.  Thanks also to the site team for preparing the Common Room for each and every debate - it really has helped set the tone for the quality debates we have enjoyed!