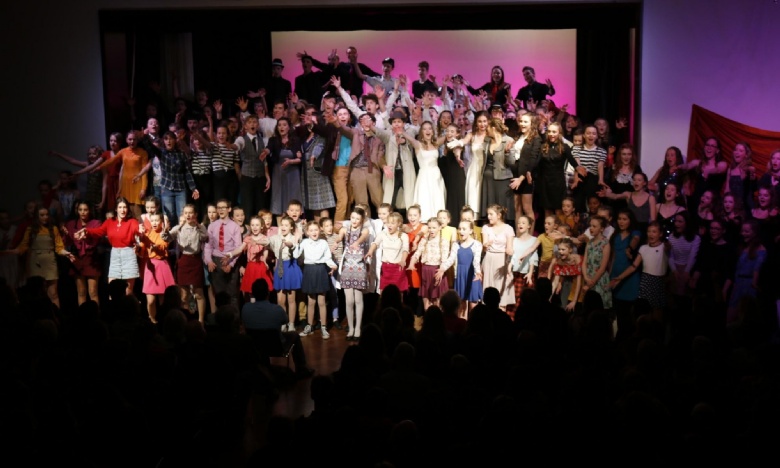 'City of Angels' was the school production for 2018

It is impossible to calculate the value of a school production like the 'City of Angels' that was put on by pupils and staff this December.  Well over 200 members of the school community were involved from year 7 to year 13, along with numerous members of staff.  I believe that any organisation should live by its values, we talk a lot in our belief in comprehensive education, that all pupils should have a fair chance.  Our values and our beliefs were held up for everyone to see last Friday night and all three nights before that.  200 pupils from all backgrounds, and of all abilities involved in a wonderful joint collaboration.  They inspired one another, supported one another and together created something which they will remember forever.

To create this sort of opportunity requires a massive team effort.  My thanks to everyone involved.The musicians complimented the actors and singers who performed.  Their professionalism and focus was fantastic, they were masterminded by Jane Watts.  This story was a comedy musical all about writing a film in 1940's Los Angeles, the pupils managed to recreate the feeling of the film noir genre.  Special thanks to Tony Bennett and Siobhan Winterbottom for directing all and choreographing all of the cast, they have upheld our values over the years.