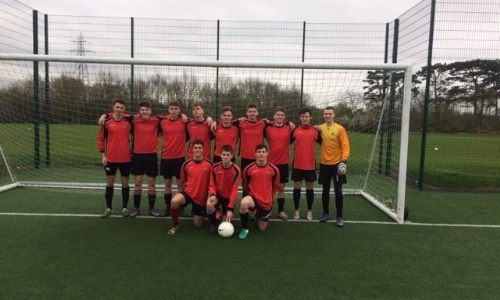 The sixth form team have won the district finals and are district champions.  They faced Pates in the final.  This match was won convincingly 4-1.  Congratulations to everyone that played.

The team had joint captains Joe Hughes (centre bottom row) and Adam Parkes (far left top row), who organised team training and selection this year, well done to all of the team.

The sixth form team made it through to the district final having come second in the group stage they then went on to face Tewkesbury in the semi final, who they beat 1-0 with the last kick of the game.