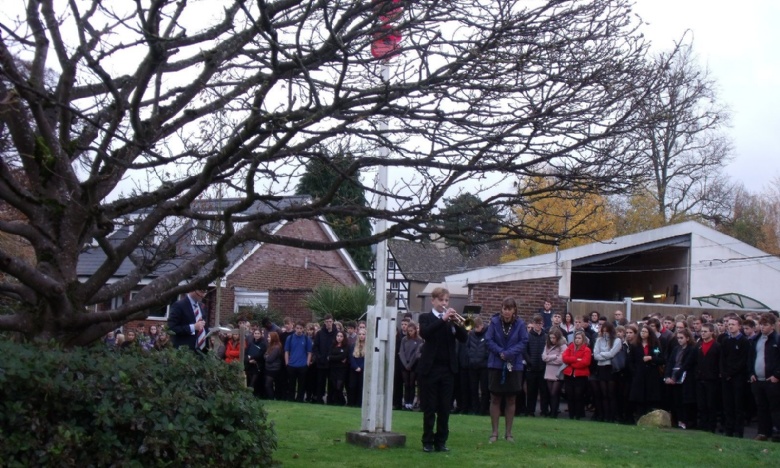 On Friday 9th November we organised our annual remembrance ceremony around the flagpole. Students from Year 8 to Year 13 attended, whilst Year 7s had their own remembrance activity led by the Year 7 tutors.

At the ceremony Mr Burke said a few words before Matthew Chestney (Year 8) played the Last Post which began a two minutes silence. Here is the speech that the headmaster Mr Burke gave.

"100 years ago, almost to the hour, the German delegation arrived at Compiegne near Paris to meet Marshall Ferdinand Foch, who was the Supreme Commander of Allied forces on the Western Front. Over the next three days the allies and the Germans negotiated an armistice which was eventually signed at 5 am on the morning of 11th November and came into effect at 11 am later that day.

Every year since then we have commemorated the signing of the armistice on the 11th November. On this day we remember those people who died in war or were affected by it. Like Private John Parr, a 17 year old British soldier who died on the 21stAugust 1914, while on a scouting mission near Mons. He was the first British soldier to die in combat. Apparently he lost his life ensuring that his fellow scout could escape back to HQ with information about enemy positions.

We remember soldiers Like George Ellison, a 40 year old soldier from Leeds who died on the 11th November 1918 somewhere close to the Belgian city of Mons, where four years earlier Parr had died. In a peculiar twist of history they are buried just 12 yards apart at the Commonwealth Cemetary of St Symphorien.

Today we remember them and we remember all people who have been affected by the tragedy of war. John Parr was 17 when he died—many of our sixth formers are that age now. George Ellison was over 40 when he was killed—I’m a very similar age. None of us have had to carry a burden like the generation who were affected by the First World War. Let us remember and appreciate their sacrifice. Their sacrifice helped to create a world where we are free to determine our own choices and our own path. 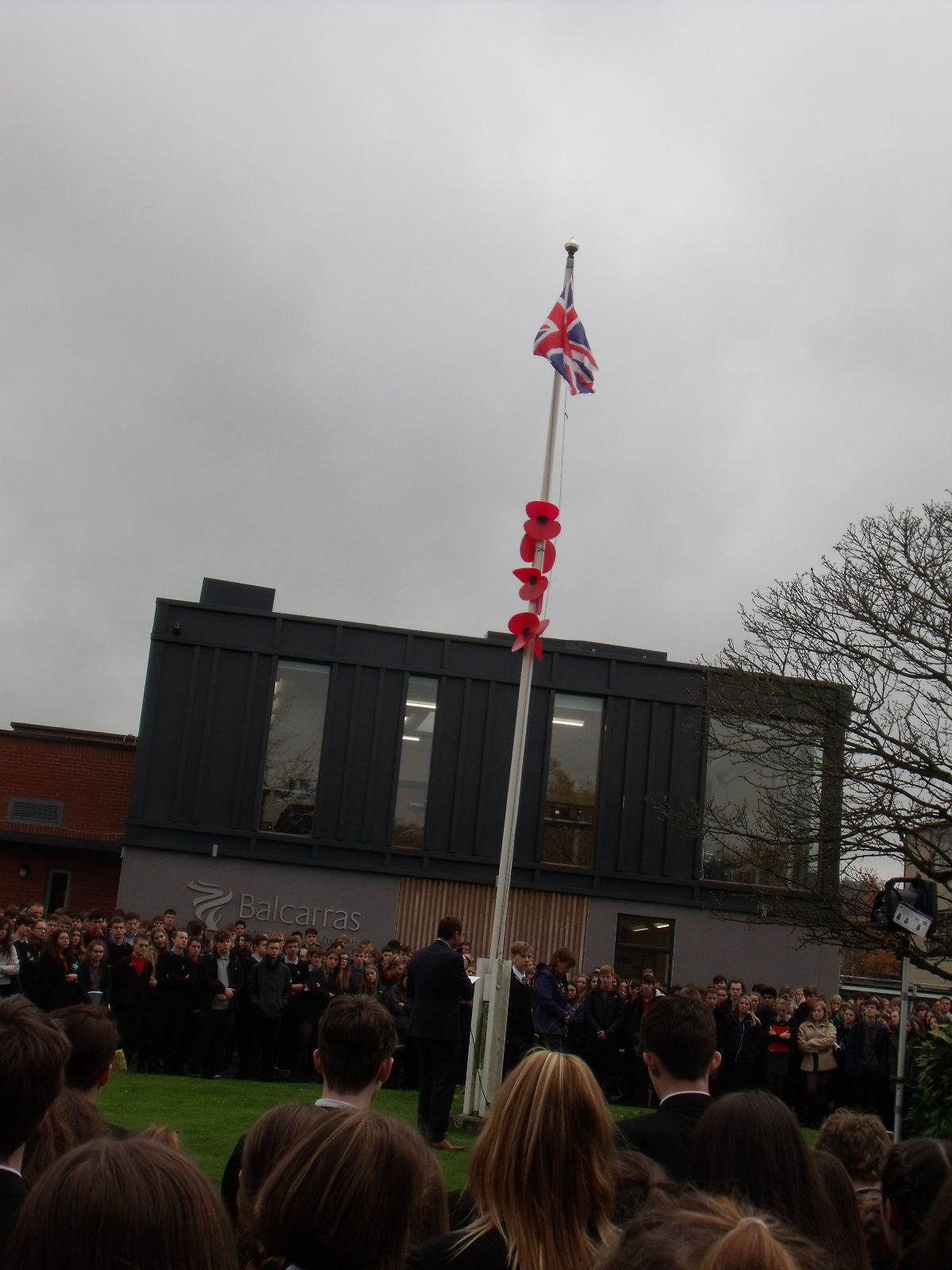