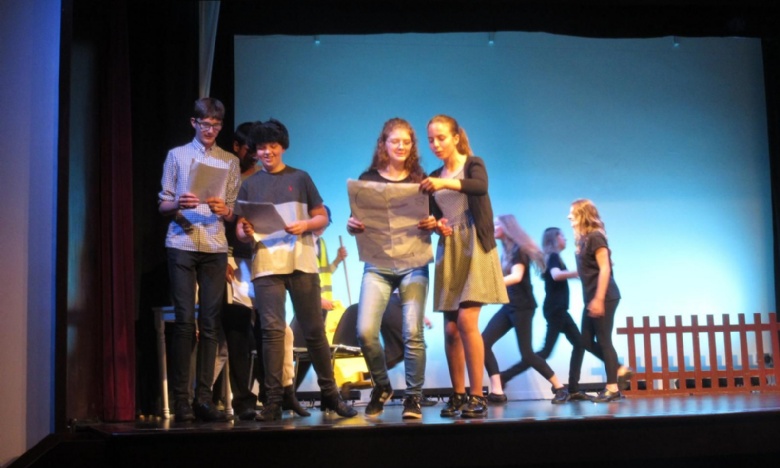 On Thursday 5th July the annual House Languages Competition was held again and all four houses created amazing short plays in many languages, other than English, around the theme “A new take on an old tale”. On the day, lessons 1 and 2 were given for rehearsal time and in lessons 3 and 4, everyone gathered in the hall to watch each other perform. Our judges (Mr Daniels and Miss Wranosky) ended up with the decision that Selvey House were the winners and Graveney was at a close second! Everyone involved really enjoyed the day and the judges had a really hard time choosing between the modern fairy tales and Disney princesses who appeared on reality shows like “Love Island” and “Jeremy Kyle”.
Congratulations to everyone involved, the day was a real success!