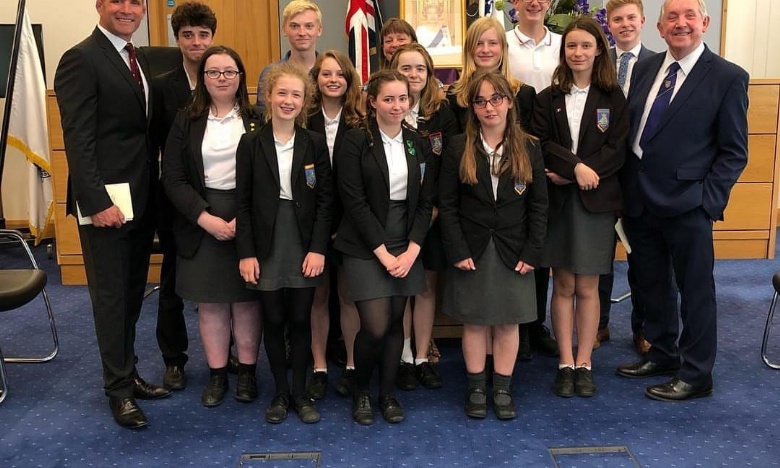 The Balcarras school Choir perform at a citizenship ceremony

The Balcarras school choir took eleven singers to sing at a Citizenship Ceremony yesterday afternoon.  It was at the Coroner's Court in Gloucester.  Phil Vickery was there in his role as Deputy Lord Lieutenant. Philip John Vickery MBE DL is a former English rugby union tighthead prop and member of the England squad. He was a member of England's World Cup winning squad in 2003, playing in all seven matches in the tournament, and is a former England captain.  He had this to say about the ceremony

"Had the privilege of being part of a citizenship ceremony tonight as a Deputy Lieutenant... Balcarrus school choir were amazing ... thank you ... emotional and proud to have helped gain 18 new British citizens from 12 different nationalities.."

The link on Instagram can be found by clicking here

by Helen Chong, Director of Music