Staff take the challenge of learning a new instrument

Ever had good intentions about taking up a new hobby, but just not followed it through? I guess that's most of us every January!

However, we're here to tell you that if you DO make room in your busy life for learning a new skill, it can be a LOT of fun!!

It all started before Christmas when Music Staff Dan Armstrong, Catherine Miller (who is an ex-student, helping out in the Department on a part-time basis) [yes we know; Armstrong & Miller!] and I were chatting and saying, 'Wouldn't it be fun to learn a new instrument? One we'd never picked up before?'.

I told them I'd heard of The Grade One Challenge, which is designed for people to do exactly that - only to take it a step further and enter themselves for the Grade 1 exam run by ABRSM [Associated Board of the Royal Schools of Music]!

It seemed like a good idea (at the time!) so we sent in our entries and to be honest didn't do a whole lot about it for a while, mainly because for various reasons, we didn't have instruments to practise on! Far too soon, our exam dates were published and we managed to overcome the logistical problems and start practising on our instruments. Dan (highly accomplished on Drums & Trumpet) had chosen Flute, Catherine (a talented flautist) decided on Clarinet, and I chose Alto Sax.

We were very fortunate in that we were encouraged by lots of colleagues and students - and we had particular help from Woodwind Specialist Teacher Sarah Chestney (mother of Em Y11 and Matthew Y7), who gave us loads of technical advice and even accompanied two of us in our exams!

The Big Day came and despite all this help, we were each very nervous! We may have previously taken between us more music exams than most people have had hot dinners, but when you're not sure how many squeaks you'll make or if you can even get your top notes at all on the day, it really focuses the mind! If I'm really honest, one of the things we were most nervous about was the section of the exam we were all expected to get full marks in - the Aural Tests! I'm actually also an examiner, so it would have been pretty embarrassing to mess that bit up!

None of our performances was perfect on the day, but we played with conviction and commitment to the music - and were hoping against hope that we didn't have an attack of catastrophic screechy noises, emanating from our instruments!! More than that, though – we actually had FUN! It was a real sense of achievement just to get through all the sections of the exam and feel we could manage to produce some decent sounds on our new instruments!

There was some pressure on for us to pass: colleagues had sponsored us (all monies going towards the new Balcarras Music Department)! The nervous wait during the Easter holidays was eventually rewarded – somehow, all three of us had not only passed, but each got Distinction! We were all thrilled, excitedly exchanging texts on the evening the results were published!

So here’s the serious bit: We each found it was great to stretch ourselves, to put ourselves way out of our comfort-zone. As teachers/examiners, it does us good to put ourselves in the shoes of nervous students/candidates too! 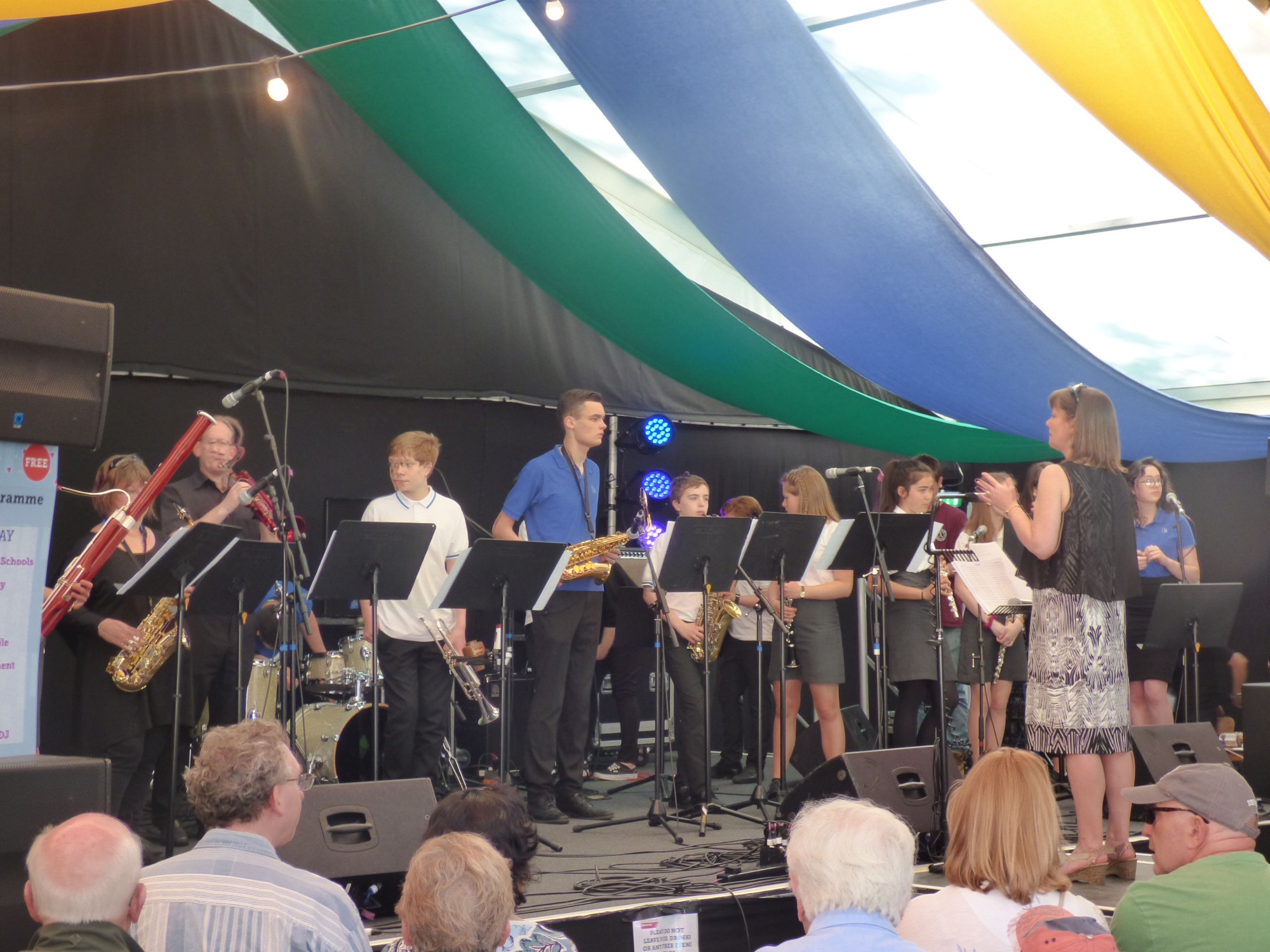 As a post-script, when the wonderful Balcajazz (led by Director of Music, Helen Chong) played their set at the Cheltenham Jazz Festival, in early May, I was able to join in on Sax….admittedly, I didn’t manage every single semiquaver of Stevie Wonder’s ‘Sir Duke’ (hats off to our students for a great performance!), but I made a decent fist of Chicago and Skyfall – and that felt great!!!!

All three of us would encourage anyone reading this to have a go! If you’ve never learned an instrument before, it might take you rather longer than it took us to get to Grade 1 (often a couple of years), but just making a start is brilliant and could lead to a life-long love of playing!

And if it’s not a musical challenge, what about one of those other long-forgotten New Year’s resolutions…..?! Whatever you do, have fun!