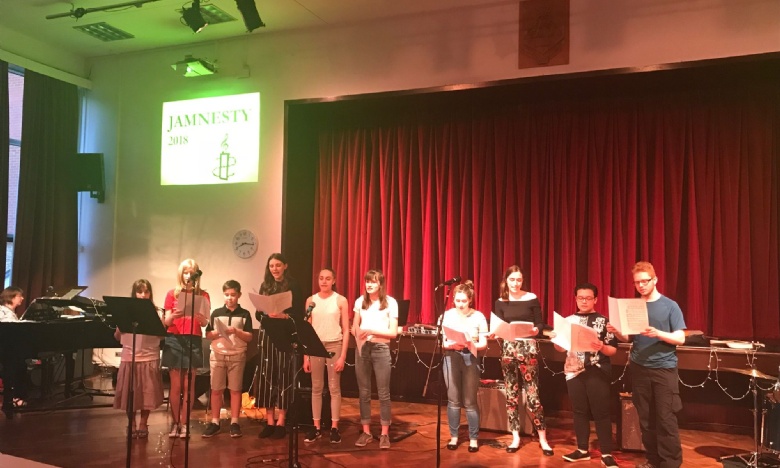 On Friday the 20th of April a group of sixth formers put on their second ever Jamnesty event - a musical concert featuring students of all ages to raise money for the human rights charity, Amnesty International. Hosted by Year 13s Lizzie Oates and Yosra Soliman, highlights of the evening included a stellar solo performance from A-Level Music student Kiera Harmer, 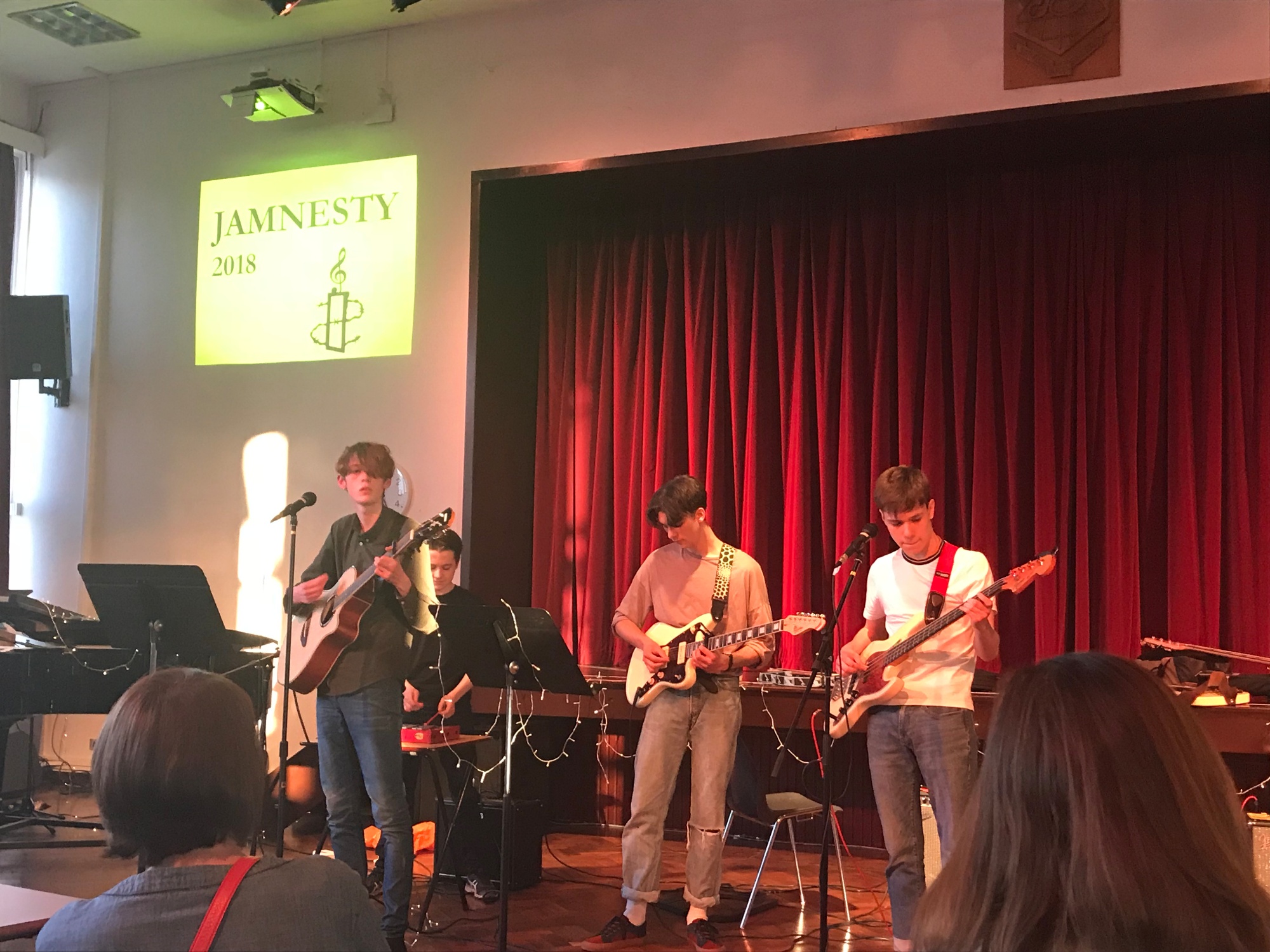 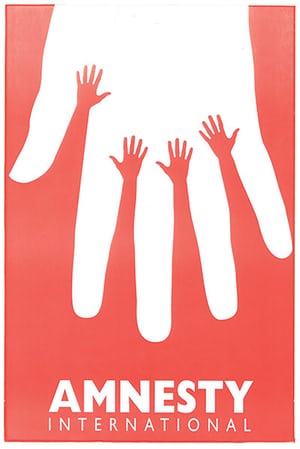 The evening was a huge success, much to the credit of the hardworking sixth form organisers, the wonderful performers, the technicians (led by Sophie Croft), and the supportive staff members.  The event managed to raise around £400 for the charity.

For more information on who Amnesty are click here