Balcarras is proposing an increase to admissions in the sixth form.  By 2024 Balcarras will admit an additional 50 pupils into Year 12.

Balcarras Sixth Form is an outstanding Post 16 provider.  Balcarras was designated a “World Class” school on 5th November 2018.  In the last OFSTED inspection (2014) it was judged, once again, outstanding against every criteria, with the sixth form highlighted for particular praise.

“The sixth form is outstanding. The quality of teaching, leadership and what the school provides is exceptional. Students gain a very high standard in examinations.”  OFSTED

The ALPS score is the highest in the county and this is reflected in the ever-increasing number of pupils applying for a place at Balcarras Sixth Form.

In 2018 “The Times” newspaper recognised Balcarras as the highest performing comprehensive school at A Level in the Southwest Region.

The additional pupils will all come from the local area (within a radius of 2.4 miles of the school)*.  Balcarras is very keen that Sixth Form pupils walk or cycle to school.  The increase should have negligible effect on traffic congestion in Charlton Kings.

* In September 2018 admissions into Year 7 live a maximum distance of 0.94 miles from the school

The figures from Gloucestershire show that there is a significant increase in numbers of school age pupils resident in the county.  The “Strategic Review of Secondary Planning for Cheltenham, November 2017” gives the following information about increasing pupil numbers in Cheltenham: 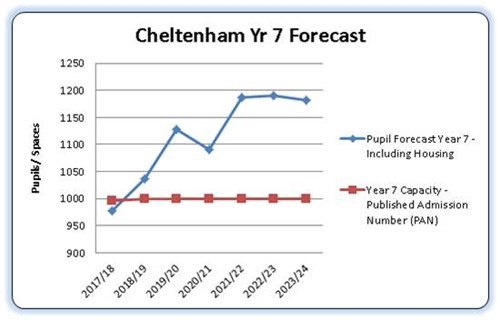 The strategic review demonstrates that the proposed increase in sixth form numbers at Balcarras will not negatively impact on other Post 16 providers in Cheltenham.

Balcarras has applied for funding from the DfE for an extension to the sixth form block to accommodate the increase in pupil numbers.  The building will be located on the school site and be designed to fit in aesthetically with the current school buildings.

Planning permission is supported in principle from the local planning officer (ref: 18/00623/PREAPP).

“The principle of extending the existing sixth form centre is considered to be acceptable. Additionally, the proposed continuation of the existing design of the building is considered to be an appropriate design approach. It is suggested that a landscaping plan be submitted with any future application to overcome the loss of the trees and green space. It is considered that there are public benefits as a result of the proposal therefore if an application is to be submitted officers would be supportive, subject to the final design.” 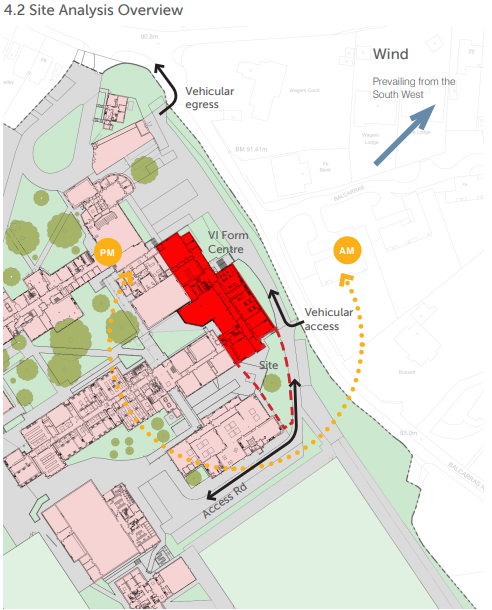 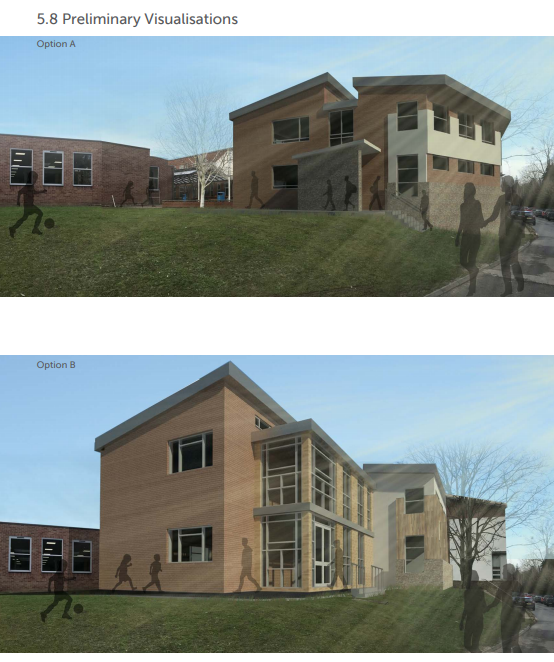 A consultation about the sixth form extension is now open.

If you would like to give your opinion about this proposal then please complete the questionnaire below and return it to Balcarras School, alternatively if you have access to the school VLE then you can complete this questionnaire online.