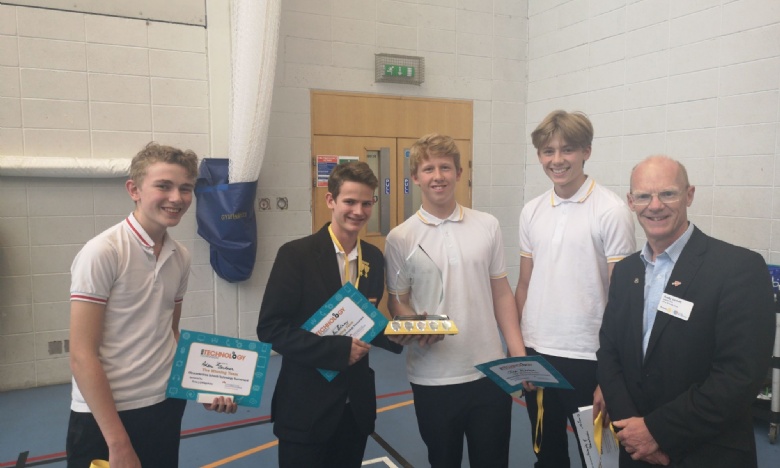 On the 26th June, eight Y10 pupils attended the Rotary Technology Competition at The University of Gloucestershire. We entered two teams and competed against 12 other schools from the county including The Crypt and Sir Thomas Rich's. The teams were given an engineering challenge on the day which involved building a crane to lift a weight a certain distance - all controlled with pulleys and motors.

After a hard fought contest we were lucky enough to win. The winning team were Adam Gardner, Robbie McElroy, George Adamson and Joe Middleton. Our other team also did the school proud and really enjoyed the day. They were Alice Daglish, Katya Davies-Smith, Emma Tonge and Maeve Soutter.

We now have a lovely big trophy on display in the D&T corridor and received £100 for the school. All of the students were fantastic and were a real credit to the school.